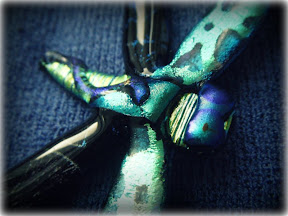 A few weekends ago, I’m not really sure how many at this point as work has been a bit insane, I went to Pantheacon.  I was lucky enough to have some friends who were also going and who had been there before!

It was … eye opening, amazing, exhausting and overwhelming .. all in one fun filled weekend!  I’m not sure that I can effectively share the feelings I had at the con.  There was the session with Ivo Dominguez Jr about using your voice in magick and how sounds as simple as toning or chanting can really add to magick … and then in the later grounding session with Shon Clark I got to experience the 360 toning, and it was just … wow …

I really enjoyed the sessions with both of those gentlemen, and have taken some of the ideas for my personal practice.  If you get a chance with either of those gentlemen I would suggest it.  They’re very different in attitude and feel, but both are great teachers and engaging lecturers.

A friend and I attended the Battle Goddess session by T. Thorn Coyle to learn about how to blend martial arts, defense and magick.  The class was fantastic and fun!  I learned a lot about the importance of staying centered to stay objective and make the best decisions.  And that sometimes, running away is the smart thing to do!

Thorn is another person on my “take classes from” list!  I love her attitude and I always admire strong women.

I also attended a number of rituals with a wide range of focuses, and a wide range of responses.  There was the beautiful ceremony of Frigga’s Frithweaving put on by Diana Paxton and a lovely set of Heathen priestesses; a fun and energetic ritual about Walking the Pentacle of Power put on by the North Bay Reclaiming group; a beautiful and joy filled Wake up the Spirit ritual by CAYA; and finaly, and most powerfully, the Little Self – Greater Selves ritual by Ivo and Michael (BTW, I LOVE their robes!)

There were also a couple of educational and fun sessions that I attended.  One on the Pendulum (given by Donald Michael Kraig) and another about Tarot As an Action Item (talk by Thalassa).  Both were very interesting and I’m very glad I went .. there was a lot to be learned!

At the beginning of Pantheacon, I had a goal in mind for what I wanted to learn and do.  By the end of the con, I had learned something entirely different and re-focused my plans for worship.  It was pretty cool how it all played out.  There was one theme that was echoed in most sessions … a common message for me to grok.

The image is a pin that I got at the beginning of Pantheacon from one of the vendors (I can’t remember the name of the glass vendor but she had amazing stuff!) and wore it throughout the con.  It’s a beautiful piece of artwork, and I still wear it when I can.

I’m very much looking forward to putting what I’ve learned into practice, and for Pantheacon 2012!