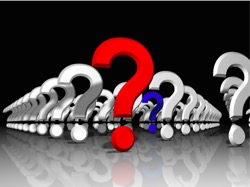 One of the interesting things that happen when you’re studying Theology and your partner is willing to have some pretty in-depth conversations on the topic, is that you have these conversations in bed.

The other morning, one such conversation happened. The topic of the week for my class is theodicy.

So, the topic of the conversation was about the divine and the existence of evil.

From a pagan perspective, what is evil? And how do our gods factor in? The answer will vary depending on who you ask, but here’s my answer.

We started out thinking through the various pantheons with which we are familiar – Welsh, Irish, Norse, Anglo-Saxon, Greek and Roman – for gods who’s purpose is to eradicate evil. We couldn’t find any. Some gods are about Justice (Tyr, for example) but there’s nothing that defines good or evil in their mythos.

When you start to define what is “evil” you need to include the various socio-cultural variations. Generally, good and evil acts are defined such that they ensure the continuation of the society and the individuals. Good actions help the society to survive, evil acts work against society.

Given these differences, how do we define evil? The answer, at least to me, is that we can’t define a global “evil” until there are behaviors that are considered unethical world-wide. Then those behaviors can be global evils.

Some behaviors ARE considered unethical worldwide, although there are still pockets where these behaviors might be accepted.

So, evil is a human construct. It’s up to us to define what is good and what is evil. Generally speaking, murder, theft, torture and abuse are considered evil. In Western cultures, we add in the idea that discrimination on race or biological gender is unethical. We are slowly expanding this to include discrimination based on sexual identity.

To me, evil consists of intentional, unnecessary harm to another being. There are may ways that we unintentionally cause harm – like when we say those words that are unexpectedly cruel, or accidentally step on someone’s foot. Those aren’t evil acts if they are accidents or the result of choices that were not properly thought through.

Sometimes good people make bad choices and intentionally do evil things. It’s up to them, though, to make it right once the harm has been identified.

Good and evil are human constructs and human choices. It’s up to use each to make the best choices possible.

Notes:
(1) http://www.merriam-webster.com/dictionary/theodicy.
27 Mar 2016.
(2) Grok: to understand something at the most base level. To truely “get it.” http://www.urbandictionary.com/define.php?term=grok

image from Chris Baker on freeimages.com