I’ve been exploring with graphic design on my iPad and came up with these reference cards for Runes and Ogham.

You are welcome to use them for personal use only.

The original images are sized for a business card. You can add both images to a single word or google document and print them out. Just cut out around the edges. To help them last longer, you can laminate them with packing tape.

Together they remind us that we should keep moving forward, even when it’s not something we want to do just then. Keep the big picture in mind and go for your goal.

For today’s reading, I used the “This Might Hurt” tarot deck that I love.

This continues from the last reading to remind us that we should not let ourselves get mired in the ick that is the pandemic.

My reading on these cards:
This situation sucks, but putting a blindfold on doesn’t help to avoid the situation. It’s still there. Take the blindfold off and find your support structure. Celebrate with your friends and family in whatever way you can.
Make the choice to figure out what you need to keep going in this time and move towards that goal. 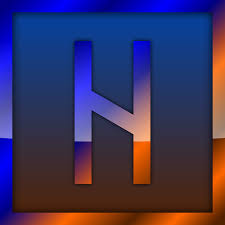 A few months ago, I started to get Hagalaz a lot in my (roughly) daily divination. I usually see similar runes often, but rarely do I see the same rune quite so often. I would have been easier to list the days that I didn’t get Hagalaz than those where I did.

Hagalaz is not an easy rune. I tend to interpret it as the hail storm – destruction that comes before life. This time, however, I think that I saw a new side of Hagalaz. This time, Hagalaz was about enduring the stress, the strife, the frustration, and all the emotional yuck that came with the particular situation that I was in. And there was YUCK! Most of my time not working or sleeping was focused on getting enough self-care to stay stable and avoid a bout of depression.

Hagalaz was there to remind me that the storm would end. There was a time that the stress would stop. And in the end, it did. The storm ended, and new opportunities were presented. I grabbed one of those and celebrated that I had survived the storm.

Hailstorms can hurt, they can destroy, but they also bring water and potential life and new opportunities.

How is Hagalaz manifesting in your readings?

One morning, not that long ago, I drew Pertho for my morning divination. Pertho is a bit of a loaded rune. It’s often called the loot cup or the dice cup, and can be considered a rune of luck.

But, for me, there is so much more.

There is a side of Pertho that is about the joy of playing together, the social interaction that comes from companionship and play. It’s also a cup, and so can be used to hold water, and thus wisdom and emotions, for you. It also resembles the dice cups used in play – the idea that you roll the dice and make of it what you will. Some say that this ties it to the Wyrd.

Pertho is not, I believe, the final fate, it’s just what life hands to you that day. What your fate is matters a lot on what you do with what you are given. Sometimes it doesn’t feel like there’s much that you can do. The day I was let go from a job, I felt devastated. After a couple of days though, I started to chase down new jobs, and found a good one. That day, the Wyrd handed me a situation that I didn’t like or appreciate, but it was up to me to move forward.  The past might be fixed, but how you deal with the situations that are in your life is what decides your future. The possibilities are not necessarily endless, but your actions are what selects which one of the potential possibilities you end up with.